Flextreme™ is Novelis’ proprietary technology for continuous horizontal casting of ready-to-forge aluminum billets. This new technology decreases the cost, time, energy and CO2 emissions in the manufacture of forgings because the as-cast stock does not need to be extruded, homogenized or scalped. 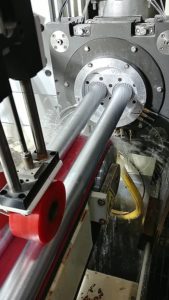 Novelis PAE is currently buidling four new JUMBO 3CM® continuous casting lines, which are expected to be shipped later this year to two of its major customers. 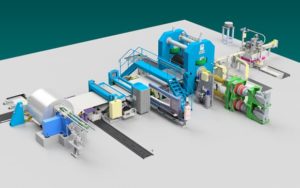 After the installation of four continuous casters in the early 2000s, a new contract was signed in January 2018 between Gränges Americas and Novelis PAE, for the supply of one additional Jumbo 3CM® caster at the Huntingdon plant, Tennessee. 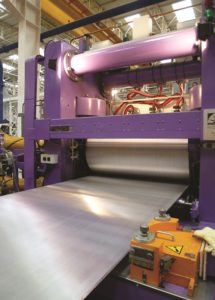 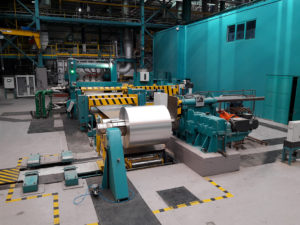 After the successful installation of five continuous casters in 2008, a new contract was signed last year between Assan Aluminyum, a subsidiary of Kibar Group, and Novelis PAE, for the supply of two additional Jumbo 3CM casters in the Dilovasi plant in Turkey.

We use cookies on our website to give you the most relevant experience by remembering your preferences and repeat visits. By clicking “Accept All”, you consent to the use of ALL the cookies. However, you may visit "Cookie Settings" to provide a controlled consent.
Cookie SettingsAccept All
Manage consent

This website uses cookies to improve your experience while you navigate through the website. Out of these, the cookies that are categorized as necessary are stored on your browser as they are essential for the working of basic functionalities of the website. We also use third-party cookies that help us analyze and understand how you use this website. These cookies will be stored in your browser only with your consent. You also have the option to opt-out of these cookies. But opting out of some of these cookies may affect your browsing experience.
Necessary Toujours activé
Necessary cookies are absolutely essential for the website to function properly. This category only includes cookies that ensures basic functionalities and security features of the website. These cookies do not store any personal information.
Non-necessary
Any cookies that may not be particularly necessary for the website to function and is used specifically to collect user personal data via analytics, ads, other embedded contents are termed as non-necessary cookies. It is mandatory to procure user consent prior to running these cookies on your website.
Enregistrer & appliquer